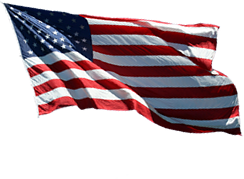 The Ohio Pure Water Company was incorporated
in the state of Ohio on May 1, 1996.

Our Mission is to provide Quality, Name Brand Water Treatment & Water Purification products and supplies to the general public at wholesale prices.

After completing Basic Training at Ft. Polk, LA., he attended Rappelling & SERE Training at US Army Ranger School at Ft. Benning, Ga., then upon completion of OCS in 1974, became commissioned as a Second Lieutenant.

He completed OBC at Ft. Sam Houston, Texas in 1975. C.K. transferred to the inactive Army Reserve in 1979 with the rank of Captain due to time constraints with his civilian work of being a full time residential general contractor.

He became employed by the State of Ohio in 1983 in Facilities Maintenance and was promoted to Maintenance Superintendent in 1988.

During the course of this assignment, he was also responsible for maintaining the commercial water conditioning equipment installed at the new, multi-millon dollar facility, that was experiencing extremely hard water conditions.

Since that time, C.K. has researched and contacted several major suppliers and manufacturers of water conditioning products, including equipment for both residential and commercial applications.

One of the main factors in deciding to start this company, was to help lower the extreme high costs of quality water conditioning and purification equipment to the average residential consumer.

After making business contacts with several of the major suppliers of water conditioning supplies and equipment in the US & Canada, he decided to form this company and offer the same, or better quality products, that the large “name brand” water treatment companies and local plumbers were offering, but at much lower, wholesale prices, direct to the general public.

Finally, Dave is the designer and webmaster of the Ohio Pure Water Company internet page which has continued to grow over the years to account for over 95% of our business.